During the 1970’s, urethane bowling balls launched themselves onto the bowling scene, with bowlers preferring their increased resistance on the lanes, giving them that much-needed hook to demolish those pins.

However, since their 70’s heyday, the popularity of urethane coverstocks has dwindled, outmatched in ferocity and accuracy by the advanced reactive resin coverstocks that now dominate the market.

But now, much like beloved vinyl records, urethane bowling balls are making a comeback!

Rather than simply being about power, back end and those precision hooks, bowlers simply prefer the nostalgic feel of urethane coverstocks and are buying the bowling balls that remind them of their 70’s favourite.

So what is urethane and what has given it it’s enduring appeal? However, most serious bowlers were disappointed with the limitations of the plastic bowling ball, which deadened the hooks and lessened the control that they needed to smash those pins over and over again.

The 1970’s saw the introduction of the urethane bowling ball to much acclaim from the bowling world. It far surpassed its plastic and rubber cousins, which only really offered a straight ball shot and zero mobility.

Urethane bowling balls offer a much sharper hook shot needed for the pros to buckle that middle pin weak spot, as well as excelling in dry lane conditions and giving a decent back end knockout.

These throwback balls were also great for beginners or bowlers looking to transition from the casual to the serious leagues - if you brought your own urethane ball to the lane then people knew you meant business!

Today, urethane balls are still appealing to starters because they are a lot more affordable - with a $75-$150 price tag - compared to the $300 reactive resin balls used by the high performance players.

To increase the chances of hooking early with a urethane ball, players need to ensure they are operating on an ideal lane condition - usually dry, wooden and longer lanes - in order to perfect that nice, clean curve.

However, there are two distinct sub-categories of urethane bowling balls that offer subtler but nevertheless important advantages.

The Difference Between Urethane Pearl And Urethane Solid

The two urethane sub-genres are urethane pearl and urethane solid. Before splashing out on your urethane bowling ball, it’s worth knowing what you can get from each.

Urethane solid offers much more surface friction than the urethane pearl, giving the bowler a much more dynamic range of control and hook-power.

However, urethane pearl balls are lighter and much more sensitive to changes in ball speed, offering a smaller hook than its chunkier urethane solid counterpart. It goes a lot further down the lane, reacting slightly later than the urethane solid.

Urethane solid balls utilize a lot more energy earlier in the throw, so lose impact the closer they get to the pins, unlike the urethane pearl, which doesn’t sacrifice control for more punch.

Overall, urethane solid is just that - a meatier ball that has a stronger hook but a weaker hit. It also has a cheaper price tag than the urethane pearl, which are usually the more cosmetically-attractive balls.

Both urethane solid and urethane pearl have been massively superseded by reactive resin balls in recent years. Below we’ll briefly discuss the difference between urethanes and reactive resins and whether it might be worth forking out a lot more cash on the latter.

What Should I Buy - Urethane Or Reactive Resin?

Urethane bowling balls simply lack the hook variance, sharpness and back end destruction of a reactive resin ball, which are developed precisely for high performance on the lane.

Urethane bowling balls, however, fare much better on dry lanes, and they go a lot further than reactive resin balls - a crucial advantage in these particular conditions.

The beauty of urethane balls for their enthusiasts is their predictability on the lane - dry or oiled. These nonporous balls will hit their mark every time if the same throwing technique is applied.

Reactive resin balls are designed to absorb oil and work with oil patterns to create varying shots. It can really enhance the playing ability of the more creative bowler!

However, for those players who value control and precision over creative flare, the urethane bowling ball is essential for those crafted, grooved-in shots.

So, having covered the rich backstory of the urethane bowling ball, it’s time for a breakdown of some of the best urethanes currently on the market that come highly-rated by the professionals. 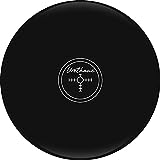 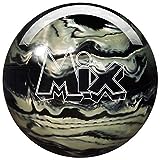 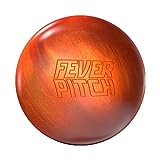 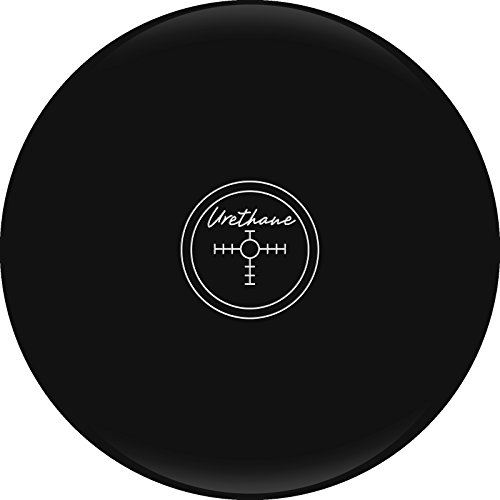 The FaBall Hammer bowling ball was the king in the 1980’s and now Hammer has unearthed the FaBall’s unique recipe and merged it with modern ball technology to create the Hammer Black Widow.

Combining Hammer’s off-kilter gask mask core with the distinctive urethane coverstock, this ball mixes the reliability of the urethane with high-grade power of the asymmetrical core.

This solid urethane coverstock is perfect for short, dry lanes and will absolutely dominate any other bowling ball it comes up against.

This strong and insensitive ball is capable of a meaty hook and its back end punch will make most other bowlers wince. This is meat and potatoes bowling for those who want to dispatch pins in the same controlled time-honoured fashion. 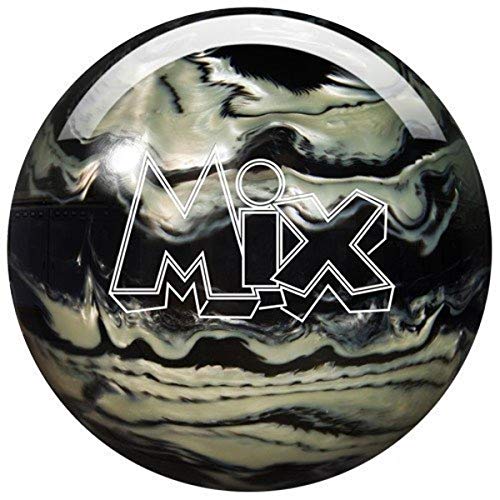 For bowlers looking for a reliable lane-eater with years of experience and high-praise from in the industry, then the Storm Mix is the one to get.

With its urethane pearl coverstock, this bowling ball is essential for beginners playing on a dry lane, with a smaller hook range but a straighter impact shot than a urethane solid.

It’s traditional three-piece core enhances durability and predictability, so a lot of bowlers reserve this one as their strike ball! 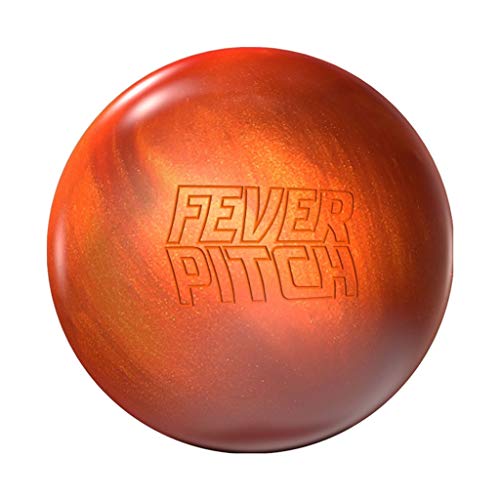 Developed from extensive testing, the Storm Fever Pitch is essentially a development of the older Storm models, completely remoulding the inside and outside of the ball with brand new technology to create an old ball with a new spin… literally!

The aggressive urethane coverstock lends this ball a very violent, angular hook that will be much appreciated by urethane-lovers and advanced players who practice a nonlinear playing style.

Beneath this coverstock is a brand new Tour Block symmetrical core, which actually means that the ball is completely coreless, instead it utilizes weight block technology.

These added new technologies will go some way to converting skeptics of the urethane balls, its inside material offsetting the familiar nuance of the coverstock that delivers a solid hook on lightly-oiled lanes. 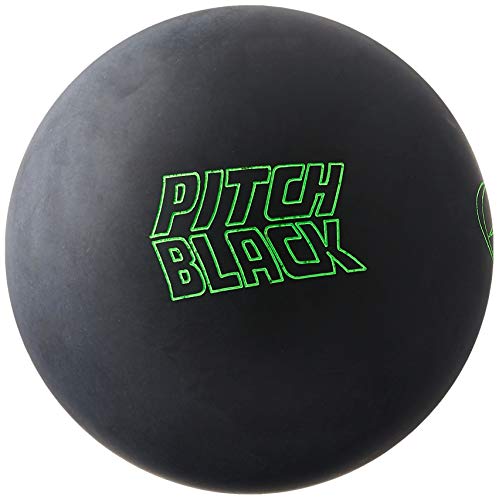 For bowlers seeking to be masters of the dry wooden lanes, the Storm Pitch Black is the model for you, specifically designed to tackle conditions that are common to most bowling alleys.

As with most other urethane balls, this one is extremely predictable where it counts the most, with a solid urethane coverstock that combines early lane energy storage with late-lane hitting power.

This bowling ball helps the pros avoid what they call the dreaded ‘hooker’s nightmare’, which is when the ball hooks too early, a behaviour exhibited by a lot of bowling balls on dry wood lanes.

The Storm Pitch Black offers high mid-lane control, with the predictable ball movement that comes before a strike, not succumbing to the usual overreaction from most balls on short and dry lanes.

A vintage-style urethane solid, this is a great nostalgia ball for any fans of this unique coverstock. 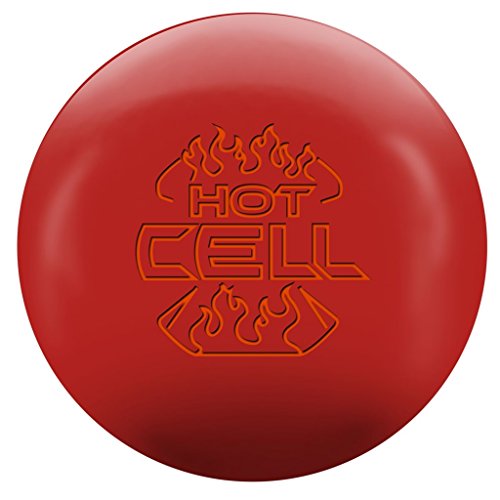 What happens when you adapt a ball to a core that has attained legendary status since it was first developed in the 80s and become a die-hard fan favourite? You get something that looks and feels like the Roto-Grip Hot Cell bowling ball.

The classic Nucleus core is asymmetric by name, but is symmetric in its continual roll and motion, giving it the solidity and reliability of most balls in the urethane genre.

A favourite amongst beginners and professionals alike, with a higher hooking capacity than any of its urethane contemporaries, this merciless pin-hitter is recommended for any bowling tournament armory.

Urethanes are a bowler’s bowling ball, vintage models that are unparalleled in style and reliability, they hold a special place in the hearts of those who used them when they were the only professional-grade ball available on the market.

Despite the advent of precision-designed reactive resins resulting in a decline in the urethane’s stock, these balls are experiencing a resurgence amongst bowling experts.

The simple reason is that urethane balls still have unique traits and tactics to offer the newbie, the intermediate player or connoisseur bowler who misses the classy flare of knocking back the pins once in a while.

Under certain dry, wooden and longer lane conditions, the urethane balls can still do significant damage, their aggressive, non-absorbent coverstocks result in predictable play with smaller but meaner hooks.

Urethane-lovers value control in a bowling ball and many bowlers have switched to urethane balls even after using the more advanced reactive resin balls, as they tend to lack consistency on the heavily-oiled lanes.

Hopefully the above list demonstrates that the urethane bowling scene is far from dead, offering a more traditional game that doesn’t sacrifice precision or skill in the name of style.

With their reasonable price, urethane balls have much to offer the beginner looking to graduate to the more experienced bowling arena, training their skills without overreaching themselves and spending a stack on a ball they might not feel quite ready to use.

How to Hold a Bowling ball

How to Clean and Take Care of a Bowling Ball