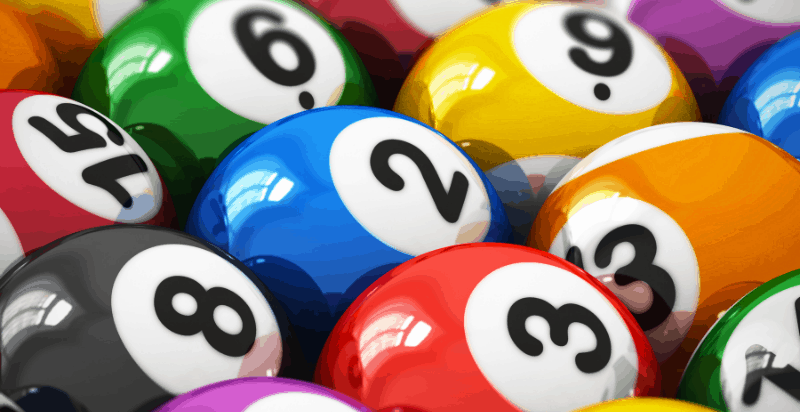 ‘What’s in a name?’ asked Shakespeare. ‘That which we call a rose by any other name would smell as sweet.’ Despite having all these perfectly good names to use, these games, all played on a baize-covered table, are regarded as all being forms of the original ‘billiards.’ On the Shakespearean principle, it’s the equivalent of lining up a rose, a daffodil, an orang-utan and a Chevy Nova and calling them all roses. There are some enormous differences in these versions of billiards – and not least among those differences is the different colors of balls they use.

There are only three balls in a game of English or Carom billiards. Two of the ball colors are consistent wherever the game is played, and the third can vary.

That’s a complication arising from the fact that each of the two players has their own cue ball on the table at the same time.

The second player’s cue ball can either be white with a spot or spots to differentiate it from the cue ball of player one, or it can be solid yellow.

Inherently more of a mathematical game than English billiards, snooker is also a lot more colorful. Each ball except the cue ball has a numerical value attached to it, and all the balls are solid colored.

There are 15 red balls, each of which are worth one point. They’re collected in a triangle, like those in 8-ball pool.

There’s the cue ball, which is always white.

Then there are other balls, each of which has a different point-value.

All the non-red balls together, apart from the cue ball, are known as ‘the colors.’ The colors are positioned in a long T-shape. The yellow, green and brown are placed carefully along the baulk line, and the blue, pink and black in a horizontal line down the center of the table.

The object of the game is to score the highest number of points. However, between each of the colored balls, you have to pot a red ball into one of the pockets. A string of balls potted consecutively is known as a ‘break.’ A player keeps playing until they fail to pot a ball. Then the other player gets the opportunity to build their own break. Obviously, as the black ball is worth the highest number of points, players will try to pot the black as often as possible after a red ball. While the reds, once potted, stay potted, the colors are returned to their spot each time until no more red balls remain.

8-ball pool, naturally enough, has 15 balls, plus the cue ball.

The cue ball is solid white. The fifteen remaining balls are split into seven spotted balls and seven striped ones, with a solid black 8-ball as the final ball that wins you the game.

Balls 1-7 are solid color, with just a spot for the number. Balls 9-15 have a stripe of color, in which the number is highlighted in a circle. The balls are racked up in a traditional pyramid, and there’s no particular order in which the balls should go into the triangle. Except, that is, for the 8-ball itself, which like the treasure in an Egyptian pyramid, should be right at the centre of the pack.

When the first player pots a ball, they are able to decide whether they will play spots or stripes. The chosen ‘type’ of ball is then theirs for the rest of the game.

In most cases, there’s no need to pot the balls in numerical order, except the 8-ball, which can only be safely potted when all your other balls are gone. Nevertheless, a cool feature of the 8-ball pool colors is that their sequence is repeated for both spots and stripes.

That means if you decide you want to play strictly in number progression, the color order is a handy hint to find the next ball you need to play.

Let’s deal with English pool while we’re here, because while the balls are smaller than in 8-ball, the principles are largely the same. The cue ball is solid white, the ‘8-ball’ solid black – though here it has no number on it, it’s just widely accepted that it behaves like the American 8-ball. The rest of the balls are divided into seven red balls and seven yellow balls, which take the place of the spots and stripes of American 8-ball. The same rules apply – the first ball potted gives the player the choice to play ‘reds’ or ‘yellows,’ but there’s no chance to play numerically. You simply pot every ball of your chosen or allotted color, and then the black ball, to win the game.

In 9-ball, you rack up only the first nine balls, in a diamond formation. You might think that’s self-evident, but hey, there were 15 balls and the cue ball in a friendly game of 8-ball, so you should pretty much assume nothing in billiard games.

As with 8-ball, the cue ball is solid white to differentiate it from all the other balls. And unlike original billiards, but like almost everything else so far, both players use the same cue ball, taking turns to hit it.

In 9-ball, you have to pot the balls in numerical order. Unlike most other billiard games, there are two balls that have to be placed on specific spots. The yellow spotted number 1 ball has to be at the top of the diamond, and the yellow striped number 9 ball has to be in its center. The other balls can be arranged at random, so long as the diamond has gold at its tip and gold in its heart.

Remember, the colors are the same as in 8-ball. The 1-ball is yellow, the 2-ball is blue, the 3-ball is red. As we go up the numerical scale, the colors get more unusual. The 4-ball is purple, the 5-ball is orange, the 6-ball is green, the 7-ball is brown and the 8-ball of course is black. Then we come full circle for the yellow 9-ball to win the game.

It’s interesting that apart from original billiards, 9-ball is the only variant so far not to have the black ball as its ultimate aim, the pinnacle of the game. Even snooker, while technically depending on numbers of points scored, has the black ball as its most highly prized color. Any break composed entirely of red balls and black ones until the final clear-up is likely to be a game-winning run. Even when there are no more red balls, the run to the end, where players aim to pot the balls in ascending point order, ends with the 7-point black ball.

All except 9-ball pool, where the reward that clinches the game is golden.

It’s also the only game where one player can do almost all the work, potting the first eight balls, only for their opponent to pot the 9-ball and win! “All that glisters is not gold,” said Shakespeare. As far as we know, he never followed up that line with “Beware of game-stealing 9-ball douchebags!” after a night on the town with Christopher Marlowe.

As we say, it seems very unlikely Shakespeare ever played any form of billiards. More’s the pity. Much Ado About Trick Shots could have been the hit of the century.

3-ball pool is a relatively young variant on the original billiards. Three balls are selected, with the addition of just the one solid white cue ball, and a player plays a speed round. The number of shots they take to pot all three balls is added up, like a golf score, and their opponent tries to pot them in fewer shots.

When 3-ball began, everyone had more of a choice about the particular balls they tried to pot. Nowadays, it’s become semi-traditional that balls 1, 2, and 3 (yellow, blue and red respectively) are used as the three object balls in 3-ball.

In friendly matches of course, there’s little to stop you substituting balls of your favorite colors – 4, 5 and 8 for instance for a purple, orange, black combination. But in more serious games, where there may be betting on the results, the color of the balls usually reverts to the yellow, blue and red combination. That combination of those three colors has formalized in people’s expectations.

You instantly know when you look at a quarterback what game it is you’re about to watch. Similarly, the three colors of the balls in a game of 3-ball have become an instantly recognizable trademark of the game.

Billiard balls can at least theoretically come in any range of colors you like. You can get billiard balls split between the colors of your favorite sports teams. You can get them monogrammed with your company logo on. You can even get transparent billiard balls filled with glitter. Yes, really, it’s a thing. We checked it out, so you don’t have to.

How to Clean Billiard Balls